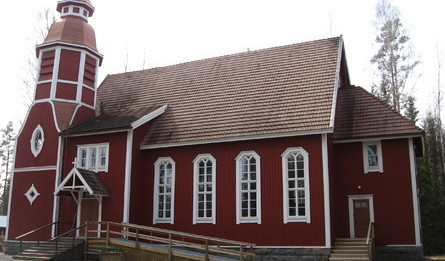 The Killinkoski church is located in the village of Killinkoski,approximately 20 km away from the center of Virrat. The church is designed by the most famous and productive church architect in Finland, Josef Stenbäck. This wooden church was built in 1928.
Address: Inkantie 11, Killinkoski 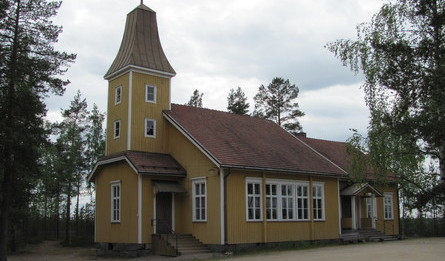 The Liedenpohja church is located in the village of Liedenpohja, about 20 km away from the center of Virrat. The church was built from an old school building in 1961.
Address: Hollitie 992, Liedenpohja 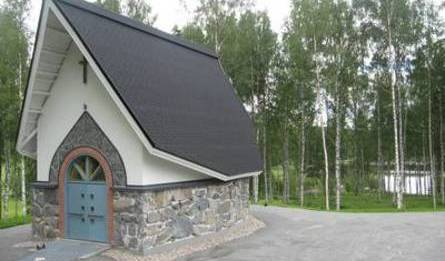 The basic idea behind the Matias chapel, finished in 2009, is to provide its visitors a multi-functional space for contamplating, listening and seeing. The atmosphere of the chapel is open and it welcomes guests from all walks of life to enjoy the unique feel of the chapel.
Address: Kappelitie 11, Härkönen, tel. +358 (0)500 605 887

The new cemetery of Virrat is located in Siekkinen, about 2,5 km from the church of Virrat. The cemetery is founded in 1902 and the focal point of it is the funeral chapel. It was built in year 1902 and was designed by Usko Nyström, a Finnish architect born in Virrat.
Address: Lakarintie 21 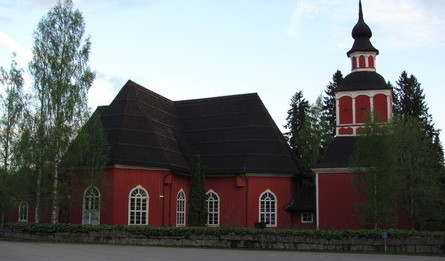 The church of Virrat was built in 1772-1774. The altarpiece "Christ and Magdalen" was painted in 1897 by Alexandra Frosterus-Såltin. The altar and the christening table were designed in a neo-classical style by Ilmari Launis and this part was completed between 1923-1925. The oldest from the church's chandeliers is the middle one, made by Leander Helander in 1857. From the three church bells, the oldest one dates back to 1657. The church has been restored in years 1967-1968 and in 1993-1994. In the boathouse in front of the main entrance there is an old churchboat, that was used to coming to church in the old days.
Address: Rantatie 9, Virrat